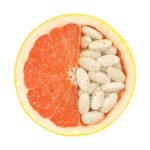 Chromium Supplementation for Weight Loss and Diabetes: Should You Bother?

Chromium has one known function: it is essential for the proper working of insulin, the master metabolic hormone. It was discovered that chromium was essential for mammals in the 1950s by the late Walter Mertz of the USDA and NIH; by the 1970s it was also proven essential for humans. This discovery occurred when patients who were being fed exclusively by intravenous solution (referred to as total parenteral nutrition or TPN) developed high blood sugar and diabetes after some months on these IV solutions. It was hypothesized that these patients might be chromium deficient since the solutions contained none; the hypothesis proved true when small amounts of the element were added to the IVs and completely reversed the diabetes.

Chromium is element number 24 in the periodic table

Since the first report, other cases of chromium deficiency, high blood sugar and diabetes in patients receiving TPN were published in the medical literature. After these reports, physicians and researchers questioned whether or not chromium played a role in adult onset (type 2) diabetes (type 1 diabetes is usually diagnosed in childhood and has a different cause than type 2—the most common type of diabetes and most often associated with obesity ).

When researchers tried supplemental chromium over the years, sometimes they had success in helping people with their diabetes, and sometimes they did not. These inconsistent findings made chromium supplementation controversial; further, there had been claims that it helped people lose weight and/or build muscle based on a few small studies. And here also, some studies showed an effect, and some did not.

In 1993, Mertz reviewed the 15 studies that had been at time on chromium supplementation and type 2 diabetes.  In 12, chromium supplementation had a positive effect, and in 3, none. More recently, Cefalu, a well-known diabetes expert, published a paper which examined 73 patients with type 2 diabetes and supplemented  them with 1,000 mcg (one milligram) of chromium picolinate per day. Here are his conclusions as he and his colleagues wrote them:

Results:
63% of the subjects with Type 2 diabetes responded to the Cr treatment as compared to 30% with placebo. The only subject variable significantly associated with the clinical response to Cr was the baseline insulin sensitivity…

What this means is that if there is insulin resistance present (something that is fairly common in type 2 diabetics) chromium supplementation can help. It is something I recommend to all my patients, since there is no harm form this level of supplementation. People with diabetes should start with at least 600 mcg per day, while those without this disease should start with 200 mcg per day.